In advance of the upcoming 4th edition of The Condominium Manual, we are pleased to publish Mike Mangan’s overview of the new British Columbia Civil Resolution Tribunal.

Now in it’s third edition with over 14,000+ copies sold to condo owners and real estate professionals since 2001 and over 1,000+ online users, this guide is designed for owners, strata council members and property managers like you. 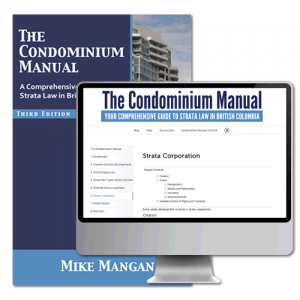 The Condominium Manual is the most comprehensive plain-language guide to strata law and condominium ownership in British Columbia.

An invaluable resource for owners, strata council members, real estate licensees and even lawyers, The Condominium Manual is also a standard text for licensed Property Managers in British Columbia.

Waiting for the Next Edition? 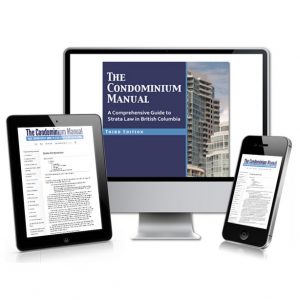 Accessible ONLINE and in PRINT.

The Condominium Manual ONLINE EDITIONis an innovative online reference guide that combines the best of both print and digital worlds. It features a simple, easy to read layout and compatibility with all major browsers and devices. Only available by subscription on Condomanual.ca, The Condominium Manual ONLINE always includes the latest edition of the book, regular updates, links to cases and statutes and easy indexed searching.

Vancouver lawyer Mike Mangan’s greatest claim to fame these days is his son Dan Mangan, who is one of Canada’s most popular indie singer-songwriters. But the father is no slouch when it comes to legal issues concerning condos. His gargantuan 2010 book, The Condominium Manual: A Comprehensive Guide to Strata Law in British Columbia (Strata Publishing), addresses every conceivable problem that can arise, including renting a suite, paying for repairs to common property, fixing windows, and resolving disputes with strata councils. The Condominium Manual is 652 pages, which shows how complicated this area of the law has become. But it’s written in a clear way, making it easier for people who feel intimidated venturing into the legal arena.

Had I known about Mike Mangan’s book, The Condominium Manual, when I started writing this column, it would have answered a lot of questions. As someone new to the world of strata, I found all the rules and regulations perplexing.

The Condominium Manual breaks down
strata law in B.C.

He wasn’t kidding when he included the word “comprehensive” in the title. This 589-page doorstop covers everything a developer, buyer, owner, or agent would want to know about the topic.

Listen to Mike Mangan on the Radio!

A trusted lawyer with over 30 years of experience and teacher to over 10,000 Realtors in your neighbourhood.

Mike Mangan on AM 1150 Kelowna

For over 12 years, people have relied on The Condominium Manual!

The 3rd edition of The Condominium Manual by Mike Mangan is an indispensable “must have it” guide for everyone involved with strata properties in B.C. Lawyers, Notaries, Realtors, Property Mangers and every strata council member should keep a copy close at hand. This convenient and comprehensive book is my primary resource for the many issues that arise in regard to condos in B.C.

As a REALTOR™, Real Estate Instructor and Associate Broker, I believe that Mike Mangan’s latest edition of The Condominium Manual is a must have reference book for anyone requiring in-depth information concerning strata properties. The Manual is easy to read and covers the whole range of topics necessary to educate and inform Condominium Owners, as well as Strata Managers and Real Estate Associates. I have often referred to Mike’s previous editions of The Condominium Manual when advising my clients, colleagues and students on strata issues, and am pleased to have his latest edition which includes up to date amendments to the Strata Property Act and new court decisions.

As a Managing Broker, I use this often as the main resource for strata property questions that arise throughout the office. It is a great source of information.

This is the essential tool for all representatives and Brokers. The condominium manual will help make you more professional. Everyone should have this valuable resource.

The Condominium Manual is an essential resource for practitioners of real estate sales and strata property management. Strata Council members and owner of strata titled properties will find it very useful as well. 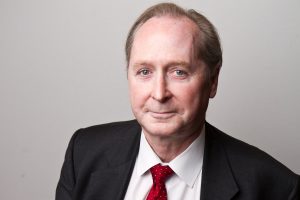 Called to the British Columbia bar for 29 years, Mike Mangan is an experienced lawyer, teacher and author. Recognized for his ability to describe legal matters in plain terms, he has appeared on CTV and Shaw television, and on CBC, CKNW and CFUN radio in Vancouver. Mike has also been the subject of newspaper articles in the Vancouver Sun, Business In Vancouver and the Victoria Times Colonist.
Until July 2009, Mike served for eight years as an Adjunct Professor of Law in the Faculty of Law at the University of British Columbia, where he taught real estate law. He continues to teach real estate law in the Real Estate Division of U.B.C.’s Sauder School of Business. Among British Columbia’s real estate boards, Mike is a well-known lecturer who, by a conservative estimate, has taught over 22,000 real estate licensees since 1992.

Mike was the first Practice Standards Advisor for the Law Society of British Columbia. He has helped design programs to teach lawyers, notaries and real estate agents to avoid claims.

In addition, from 1999 to 2005 Mike was the editor of Directors’ Liability in Canada, a national legal text published by STP Specialty Technical Publishers, Inc. He is also the principal author of The Annotated British Columbia Society Act, a book providing annual summaries of every significant court case decided under our societies legislation. The text is published by Canada Law Book Inc. and is designed for use by non-lawyers and lawyers alike. In 2007 Mike was also appointed a member of the British Columbia Law Institute’s Society Act Reform Project, where he helped to draft proposed new legislation for non-profit societies in B.C.

In 1994, Mike developed Board Members At Risk, a three-hour seminar to teach directors of non-profit societies and similar organizations about their duties and liabilities as board members and how to reduce their individual risk. Over 1500 directors across British Columbia have taken this seminar. He has also served as a director of various community organizations.

Please note that Mike maintains an extensive teaching, travel and writing schedule.
He is not accepting new clients for legal matters at this time.